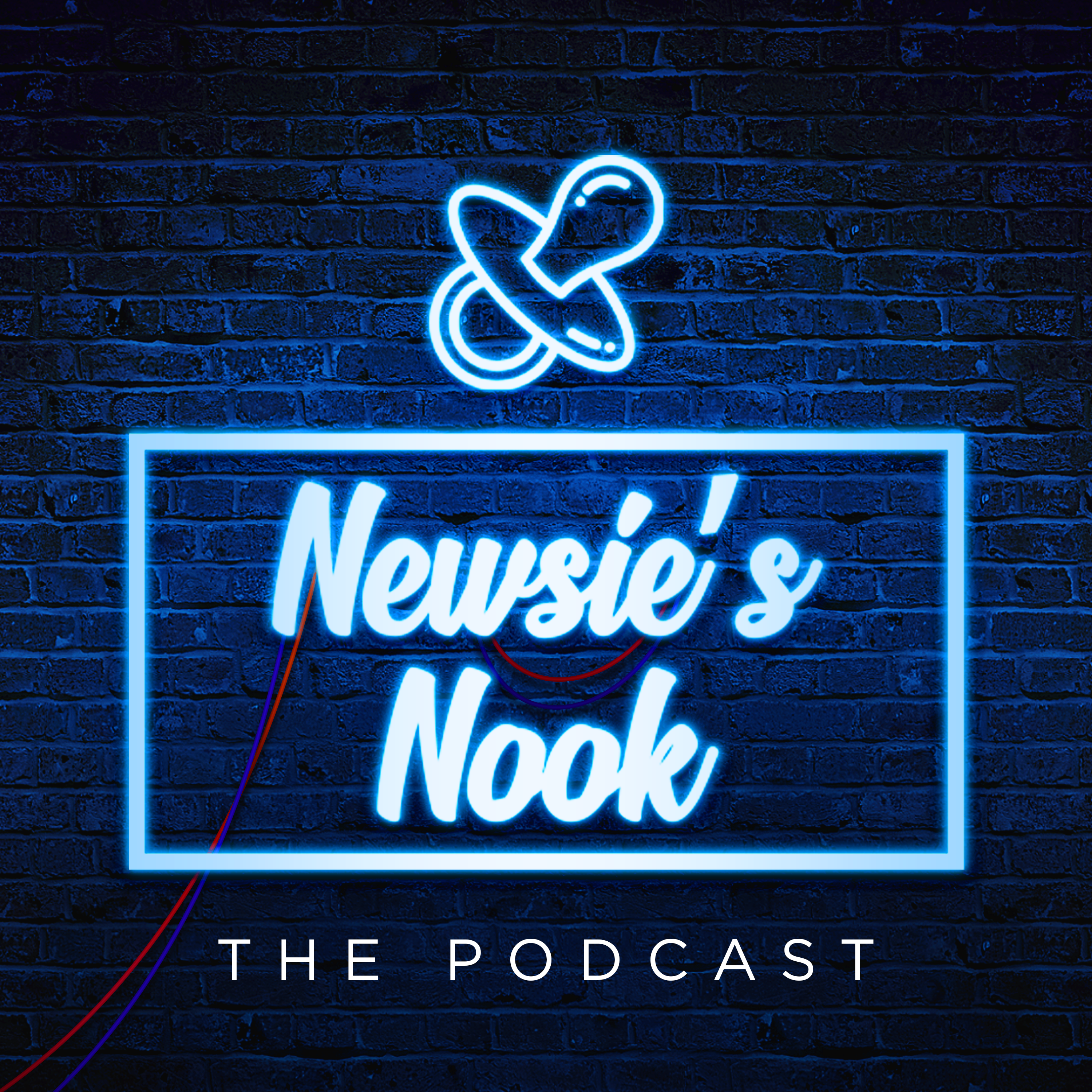 🍼 Follow NewsieBaby
🌐 Check out NewsiesNook.PlayTyme.co if you'd like new episodes to appear directly in your inbox, along with more info about the podcast and where to listen!
Newsie's Nook is executive produced by PlayTyme Studios, the team behind the premiere marketplace for kinksters and fetish lifestylers. Visit Community.PlayTyme.co to learn more about their mission to de-stigmatize kink culture and provide various products and services tailored to these unique communities.

The Land of Rainbows
Written by TheKylemovie

Ben grabbed one of the points and found it came out easily and to his surprise, it was a sword, a shiny, curved sword. As Ben watched, another spike grew in its place where he’d just removed the sword he now held.
The sog monster shrieked. The sound so piercing that it shook Ben to his core. His stomach started to feel funny as the sense of danger filled his mind.
“What happens if the sog monster gets me? he thought. “Will people find my dead body in my dorm wearing just a diaper?” Ben started to panic when Sal began to move towards the terrifying monster.
“Come on,” Sal yelled charging forward. “We need to get past this bridge, the onesie is just up ahead.”
Ben found all the courage he could inside of him and ran forward swinging the sword with him. His first blow found its way onto the creature causing black goo to spray everywhere. Some of it spattered on his face.
“Agh! It’s cold” Ben shivered.
“Keeping fighting” Sal screamed as her tail hit the monster on the leg.
Ben griped the sword tighter and began swinging once more hitting the monster on the other leg.
The creature let out a yell – even louder than before.
Sal yelled out, “Hit it again!” So Ben swung, delivering the final painful blow to the monster, which caused it to explode into a geyser of water! The force of the water threw Ben to the ground.
Ben opened his eyes to find the monster was gone! The only trace left of it was the puddles of water on the ground and in his diaper. Ben noticed he couldn’t close his legs he was so wet. Ben inspected his now soaked diaper which made him smile.
Sal trotted over to Ben to inspect her friend and then using her tail got him to his feet.
“We better hurry Ben, it’s almost morning”.
Sal began trotting over the bridge as Ben waddled behind her. Ben began to see over the crest of the bridge a bright golden light. On the other side of the bridge was a pool of water. The water was giving off a soft golden glow.
Sal stopped at the bridge’s landing before the pool. Ben could see underneath the water was a golden chest.
“In that chest you will find the Golden Onesie! Hurry Ben, we haven’t much time!”
Ben plunged into the water, picking up the golden chest. With one hand holding the chest he used the other to unlock it.
Click.
He lifted the lid and was blinded by even more light. When he opened his eyes, he was no longer in the mystic land but in his cramped dorm. His tiny dorm was filled with the light of the morning sun. He lifted the covers to find his nighttime diaper was completely soaked and right beside him was Sal.
“Was it all a dream?” Ben thought.
Ben looked at the clock – his first class was going to start in an hour. He jumped out of bed, surprised he hadn’t leaked on his sheets. He took the diaper off and cleaned himself off. He grabbed another diaper from the diaper bag under his bed. He put it on and went to his dresser to grab a shirt. When he pulled the drawer open, he was amazed to find – a golden onesie? How was this possible he thought? Ben slipped on the onesie and glanced at his mirror and smiled. The onesie fit him perfectly. He checked himself up and down looking at the perfect shape of his padded bottom, the diaper peeking out slightly from between his legs, the slight bulge in the front. As Ben pulled on some jeans and a sweatshirt shirt over his newfound prize, he felt the confidence of the diaper gods flowing through his veins.
Ben went to his first class but all he could think about was his second class -- Science 231.
When his first class ended his walked with his head down to the science building. He was the first person in the lab. As students start to trickle-in he was waiting for the stares and whispers to start, but they never came.
Did everyone forget about what happened yesterday Ben thought? Is the magic of the onesie Sal talked about working?
Ben then saw Adam walk into the class. Adam grinned as he made his way to his seat behind Ben. As he passed, he left a note on Ben’s table. The note read “Diaper boy”, in big red letters.
Ben quickly grabbed the paper and ripped it up. He got up and threw it away in the trash can in the back of the class. As Ben was walking back to his seat, he could see that Adam’s sweatshirt had lifted up a bit.
Ben’s eyes grew wide as he realized hiding underneath his bully’s sweatshirt was the same golden onesie he was wearing. Ben’s heart started to pound with worry and excitement. Was Adam also a diaper boy?
As Ben sat down he lifted his sweatshirt up a bit so his bully would notice.
“Get into groups of two” the science professor barked. “Work with the person behind you.”
As Ben turned around, he found his bully was dumbfounded.
Adam whispered, “Are you wearing a – “
“A golden onesie?” Ben whispered back. “Yes, are you?” Ben smiled as he knew Adam couldn’t deny it.
Adam – realizing his secret may be out quickly got up bumping the table knocking over a beaker and spiling its contents on himself.
Everyone in class was now staring at the two boys.
Before either of them could say anything, a shriek filled the air.
The two boys both looked at each other and knew what exactly that sound was – the sog monster.
To be Continued….